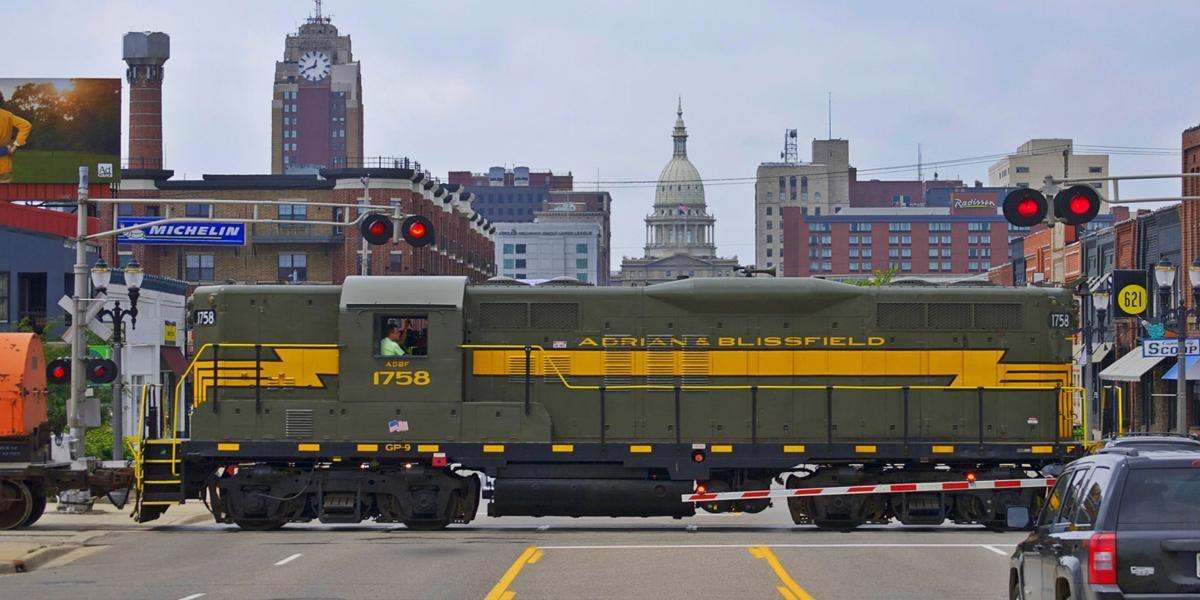 Story and Video by Drayton Blackgrove

The Adrian & Blissfield Railroad is a Class III shortline railroad company that operates five (5) different railroads in the southern lower peninsula of Michigan. One of the shortlines the company operates is called the Jackson & Lansing Railroad, which operates between the two namesake cities in Jackson and Ingham Counties.

The Jackson & Lansing Railroad was created in 2010 after Norfolk Southern agreed to lease the line to the Adrian & Blissfield for a period of twenty years, with the option for the company to purchase the trackage after the lease expires. The railroad primarily hauls coiled steel for its biggest customer, RSDC Manufacturing, which is the largest metal coil and blank processor in North America.

The JAIL rosters five (5) EMD locomotives including three (3) classic GP9 locomotives to pull their trains: 1751, 1758, and 1760. The locomotives are of Grand Trunk, Pennsylvania, and Chesapeake & Ohio heritage. The vintage locomotives, all built by EMD in the late 1950s, wear the classic New York Central System “lightning stripe” scheme with Canadian National passenger colors of yellow and green.

GP9 no. 1751 was one of the first locomotives used by the Adrian & Blissfield when they took over operations from the Lenawee County Railroad in late 1990. It was moved to the company’s Jackson & Lansing line in 2016 to supply additional horsepower on the long, heavy, loaded steel coil trains that the railroad operates between Jackson and Holt. It’s also used in case one of the other GP9s are down for repairs.

Under Transportation Holding’s ownership, the Adrian & Blissfield acquired several second-generation EMD locomotives for the JAIL, including the railroad’s first six-axle and first turbocharged units. In April of 2022, the company unveiled its new logo and paint scheme which was applied to a former Southern Pacific SD45R (now an SD40-2, internally) at the JAIL’s shop in Mason, Michigan.

Every morning, Jackson & Lansing’s train JL1 delivers trains to Norfolk Southern’s Jackson Yard, averaging between 30 and 40 cars long. After interchanging with NS around 3AM, the train departs Jackson for Mason with inbound cars for its customers, including dozens of coil cars for RSDC in Holt.

South of Mason, JL1 will often switch out boxcars at Michigan Packaging before swapping crews. Michigan Packaging, Kent Feeds, and the grain elevator are the railroad’s only customers in Mason and typically receive daily service.

To learn more about this unique railroad, check out the video below.